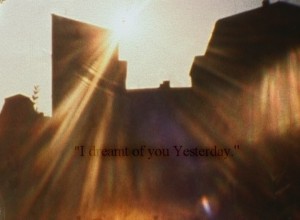 »K«engravings, CUBA, The Other Shore
cinematic music event at the cinema

films and music by Tibor Szemző

“A little girl told me,
My dark doll, why don’t you sing?
I won’t sing, I have no voice:
A stonewall blocks my throat.”

This evening is characterised by stratification: a sort of process evolves, in which dialogue plays just as great a role as the music and the projected visuals. Tibor Szemző’s old-new 2013 formation, The FodderBase debuts in Poland on this evening, alongside two older opuses, his CUBA, shot in the 80s, and his The Other Shore, shot in Tokyo, performing his new piece, >K< Engravings, whose film material was shot in 7 countries, among them Poland. This is a unique Kafka-approach, which traverses the Kafkaian universe with the aid of music, film and spoken tongues: in the piece, Kafka’s short zen narrative, An Imperial Message is heard in 15 languages. kafka.szemzo.hu
Mihály  Huszár, bass player of The FodderBase, has played in nearly every corner of the world, in various genres, with the most diverse of formations. Zoltán Mizsei, playing keyboards and vocals, is a proficient performer and author, seeking connections and passage between genres. Bálint Pödör, percussionist, handles the most varied of percussion instruments with a balance of security, earnestness and joy. Ábris  Gryllus makes the projections, as a practiced DJ, graphic designer and media artist. Tibor Szemző plays bass flute, and of course, uses his human voice, while the engineer is Zoltán Regenye.
“Tibor Szemző is one of Hungary’s most important contemporary composers, filmmaker and media artist. An extraordinarily multifaceted artist, beyond his musical composition, he has also produced important performances and a number of successful film works. Szemző is passionately interested in the amalgamation of various sound and visual layers into one another. An important element of many of his works is narration, as well as the musical fabric consolidating the discrete layers. This complex stratification has become a real authorial trademark for Szemző, most palpably perhaps in the opus magnum of his life oeuvre thus far, his “biographical” film about Alexander Csoma de Kőrös, entitled “A Guest of Life”, as well as the Csoma Opera based on this film. Era New Horizons 2009 Festival was opened with Csoma Opera at the Opera House of Wroclaw with Chrystyna Janda and Szemző’s Cinematic Music Company. Due to Szemző’s unusual creative position, it is not easy to decide whether he writes accompanying music to films, or if he shoots footage to his music: he is a composer and filmmaker, and springing from the two, he is an unparalleled dramaturge with a sensitivity to rhythm in one person – the great master of stratification.”