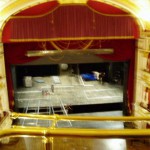 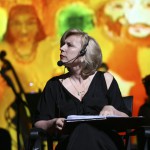 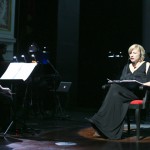 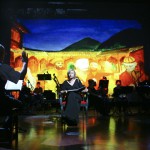 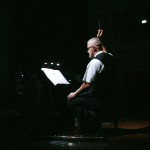 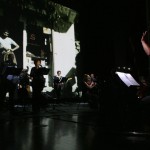 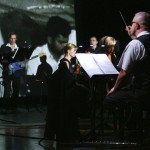 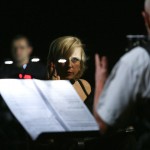 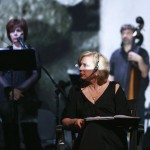 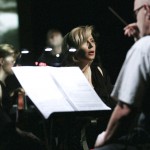 “A human being does not have any roots. He or she must make a pilgrimage through the human condition.
That means Ladies and Gentlemen, that we are all guests of life.“
George Steiner

‘In the beginning of the 19th century the most curious Hungarian, Alexander Csoma de Kőrös set out for Asia to find the traces of Hungarians. What could have happened to him on the immense trip? Whatever did, the hundreds of adventures, the whale of experiences have all faded away by time.

A group of scientist-artists-wanderers recalled this peculiar trip and adventurous spirit in their own manner: Tibor Szemző passed it through, Taikyo Szaldják photographed it, Gábor Roskó made drawings of it and Mari Törőcsik / Susannah York – as the feats of Csoma are revived by the Sekler legends and by the imagination of László Sári, tibetologist – tells it.

The operatic ‘plot’ of the performance is recreated on a huge screen; the inner voice of Csoma and the magical stories about him are recalled by the music ensemble of the author (singers, musicians, a story-teller) in complete harmony with the screening.

The film version of the opera titled A Guest of Life www.csomafilm.hu premiered on Hungarian Film Week 2006 (Directors Prize for visual expression, Best Sound, Best Music) and received an honourable mention on the occasion of its international premier at the Locarno Film Festival. The Hungarian critics bestowed one of the most significant awards of the year 2006 on the film’s director and composer Tibor Szemző, as did the Mediawave 2007 festival. It has been – and continues to be – presented at numerous international film festivals, has enjoyed particular interest in India, and had its American premier in April 2007 at the Tribeca Film Festival in New York. It was programmed on various television channels in Hungary and was published on DVD in 2008.

The performance is realised in cooperation of Palace of Arts, Budapest and the Polish ERA NEW HORIZONS 2008 International Film Festival.

Alexander Csoma de Kőrös, a poor scholar, was one of the 19th century’s great, original pioneers. In the first thirty-five years of his life he prepared himself for the task in Europe. During the next twelve years he travelled around as a pilgrim in Asia and lived a life of solitude and privation in the cold of Tibet learning from Buddhist monks… To the scholars of his century, Csoma was an obscure, Transylvanian figure, abandoned among the Himalayan hills – however, from the summits a giant cast its shadow on Central Asia.